Our man on the moon was there 80 years before Apollo’s and now he is on loan to the blockbuster MOON exhibition at the National Maritime Museum in London.

Celebrating the 50th Anniversary of Man’s landing on the Moon, the exhibition charts the cultural and scientific story of our relationship with the Moon, featuring over 180 objects, including artefacts from NASA’s Apollo 11 mission. 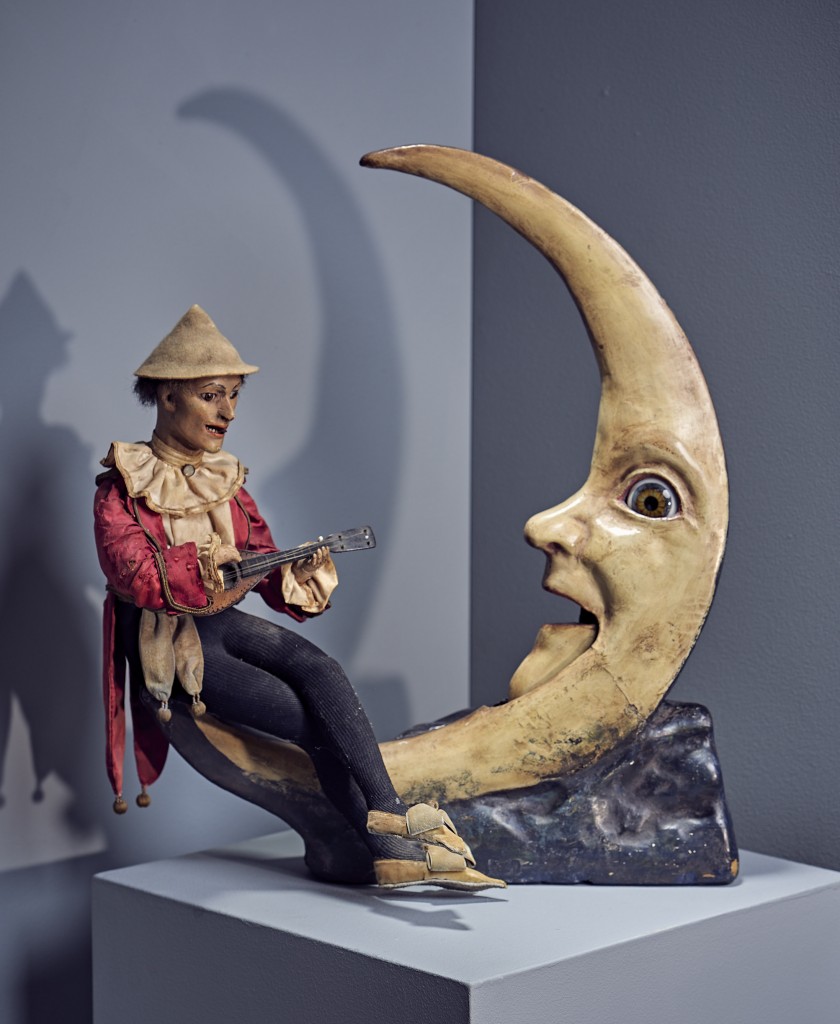 Pierrot Serenading the Moon c1880 by Gustave Vichy of Paris